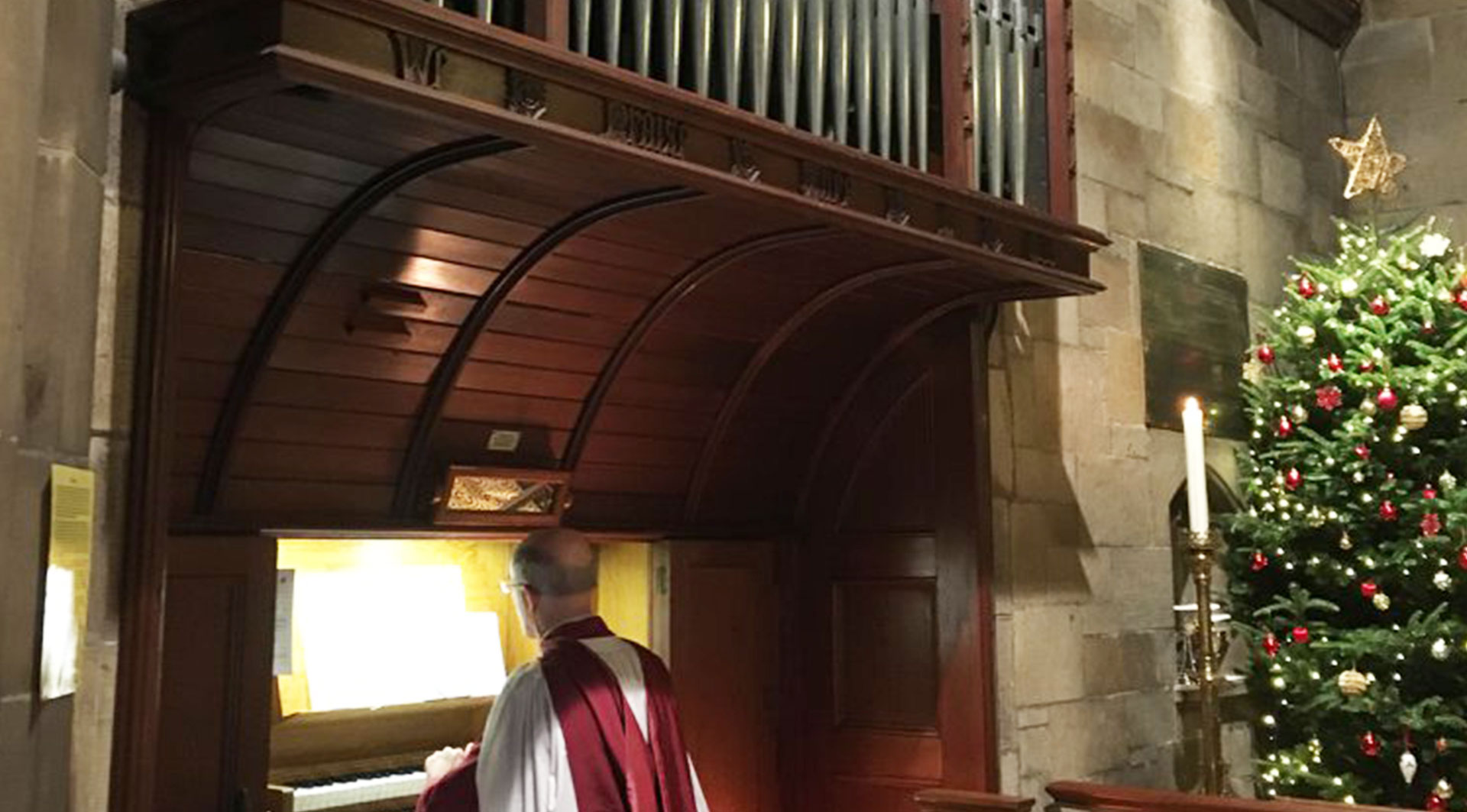 The organ began life as a one-manual chamber organ of 54-notes by the Edinburgh organ builder David Hamilton (1800-1863), probably installed in Dalmahoy House, then home of the Earl of Morton (now the Dalmahoy Hotel & Country Club, in the same grounds as the church). Several features of the organ suggest that the original instrument dates from 1840, possibly earlier.

The church was consecrated on 24th September 1850, and at some point before 1890 the organ was installed in the church in the alcove by the north door of the nave. Much of the surviving pipework is made of good quality thin, high tin content alloy, a feature of Saxon organ builders, and we know that David Hamilton received his training in Saxony. Later, David Hamilton’s brothers, Thomas and James, added the 30-note Pedal Organ. 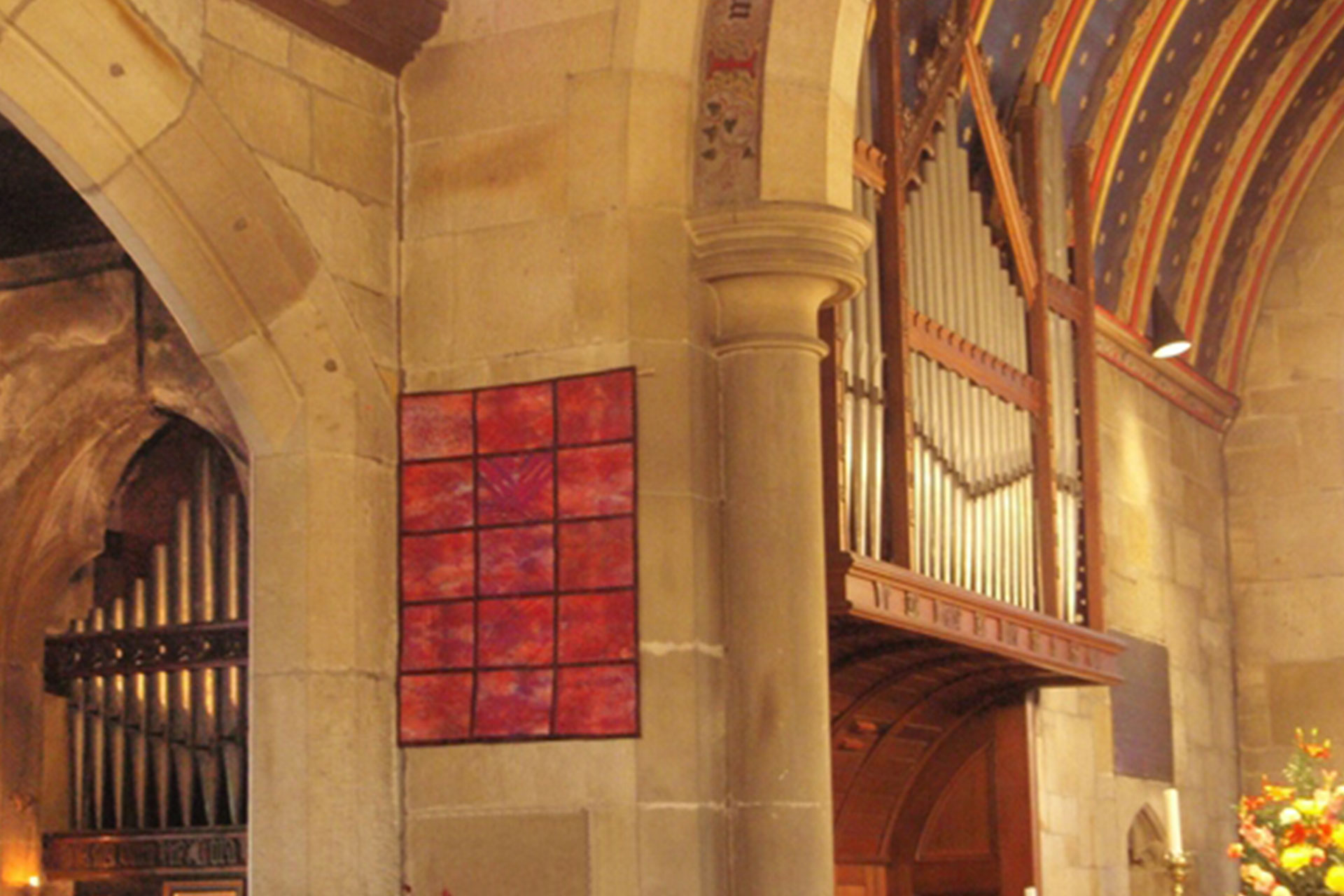 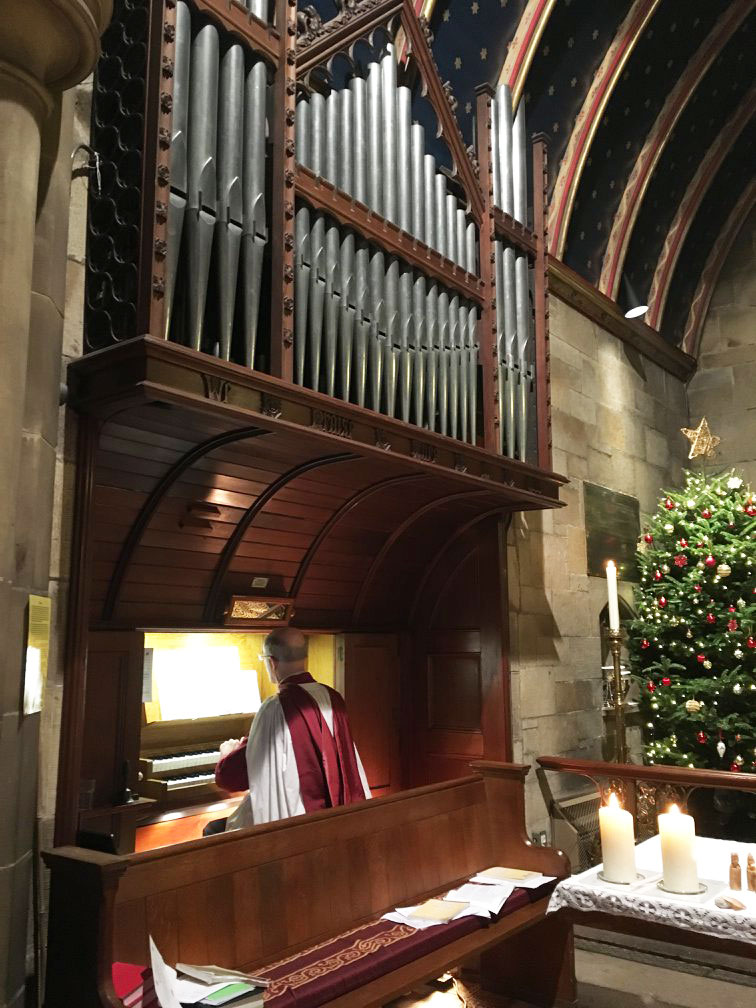 In 1902, Charles and Frederick Hamilton moved the organ to its present position in an organ chamber on the north side of the chancel, enlarged it to two 58-note manuals and re-voiced it under the direction of T.H.Collinson, organist of St Mary’s Episcopal Cathedral, Edinburgh, who gave the opening recital on 9th March 1902. They added the present casework, console, new mechanical action, Swell Organ and several stops. They re-used the original 54-note soundboard for the Great Organ. The 28 pipes for the extra top four notes were added on a separate pneumatic action top-note machine. Because of the restrictions of space in the organ chamber, the Swell Box could not accommodate the seven bass pipes of the 8′ Open Diapason, so these are on a separate pneumatic action chest outside the Swell Box, alongside 6 bass pipes of the Great 8′ Open Diapason!

In 1979, a Clarinet on the Great was replaced by a very strange weak Mixture stop (19,22 but breaking back an octave to 12,15 at middle-C, thus duplicating the existing Twelfth and Fifteenth stops!).

Henry Willis & Sons Ltd., completely refurbished, re-voiced and enlarged the organ in 2008/9. They replaced the 1979 Mixture stop on the Great Organ with a new straight 19,22 Mixture of much more striking scale, and added a new two-rank straight 12,15 Mixture on the Swell Organ to brighten this department. A magnificent powerful spotted metal Trumpet was added to the Great and these pipes sit just behind the front display pipes. The bass pipes of this stop, some of which are over 8’ (2.44 metres) long, are of some interesting and unique shapes. They are installed under a stone arch and there is only 3’-6” (1.07 metres) headroom above the soundboard (See photo to the left)! Finally, a new radiating and concave pedal board replaced the original worn concave but parallel pedal board, and the Swell Pedal has been re-positioned (raised) so that it does not touch F-sharp on the pedal board when closed! The variety, range and quality of tone is superb from the sweet and very gentle Swell Salicional to the very impressive Full Organ. Sadly, lack of space in the tight organ chamber prevented us from enlarging the Pedal section. 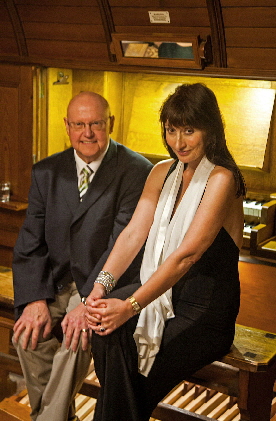 On 28th October 2013 Dr Carol Williams, International Concert Organist, Civic Organist of San Diego, California, USA, and organist in residence at St Paul’s Cathedral, San Diego, was the celebrity recitalist. (Photo to the left: Carol Williams at the console of our organ after her concert, with our now Organist Emeritus, John Blaber).

Carlo Curley, the late internationally acclaimed American Concert Organist, gave an exhilarating opening ‘Organ Extravaganza’ to a packed church on 25th May 2009. (Photo on the right, Carlo at our organ console). On 7th June 2010 Dr Gordon Stewart was our celebrity recitalist. Carlo Curley gave a return concert on 3rd October 2011. (Sadly, Carlo died on 11th August 2012, just days before his 60th birthday. He is remembered annually in our prayers at the Sung Eucharist on the Sunday nearest 11th August). 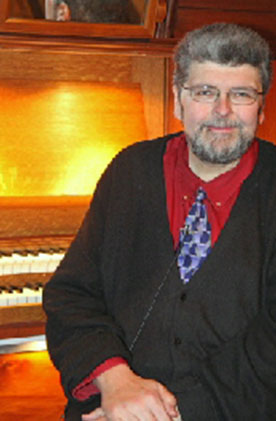 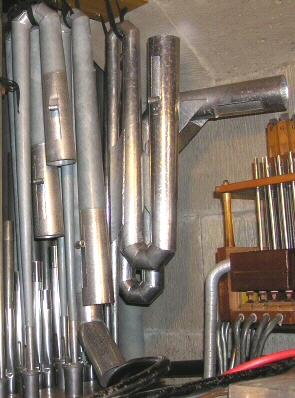 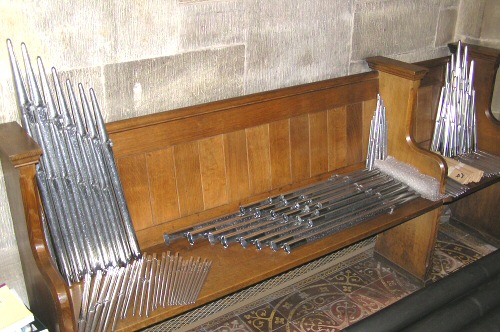 Send Us Your Article

When emailing articles for inclusion in ‘In Touch’ it would be very helpful if you could use the following formats:

Donate To St. Mary's with PayPal